Who doesn’t love Lego? Whether it was your favourite toy as a child, or you just adore the Lego Movie, there’s no denying that these technicolour bricks bring fun with them wherever they go.  And if you are willing to have an open mind and want something different for your wedding day, why not embrace your inner child and bring this world famous childhood toy of clever, colourful interlocking bricks into your décor?

Full of colourful possibilities, Lego will not only put a smile on your guest’s faces, but it can also create a truly stunning look for your wedding and often results in stunning keepsakes you can hold onto after the big day.

The key to a Lego theme is fun. So don’t be afraid to fly in the face of convention. Have fun with movie themes and characters. Let your guests build their own Lego centrepieces and even have a Lego bouquet instead of regular flowers.

If you’d like to chat about this or any other aspect of your wedding day décor, then don’t hesitate to get in touch with me directly.

Have fun with your wedding flowers with some clever Lego additions. For example, why not add some hidden Lego characters in buttonholes and bouquets? If you’re both movie buffs, then look out for superhero or Star Wars Lego characters. For something really special, seek out a bespoke bridal bouquet made of Lego? Not only will it look amazing, but it will be an incredible keepsake. Just don’t do a bouquet toss with it! 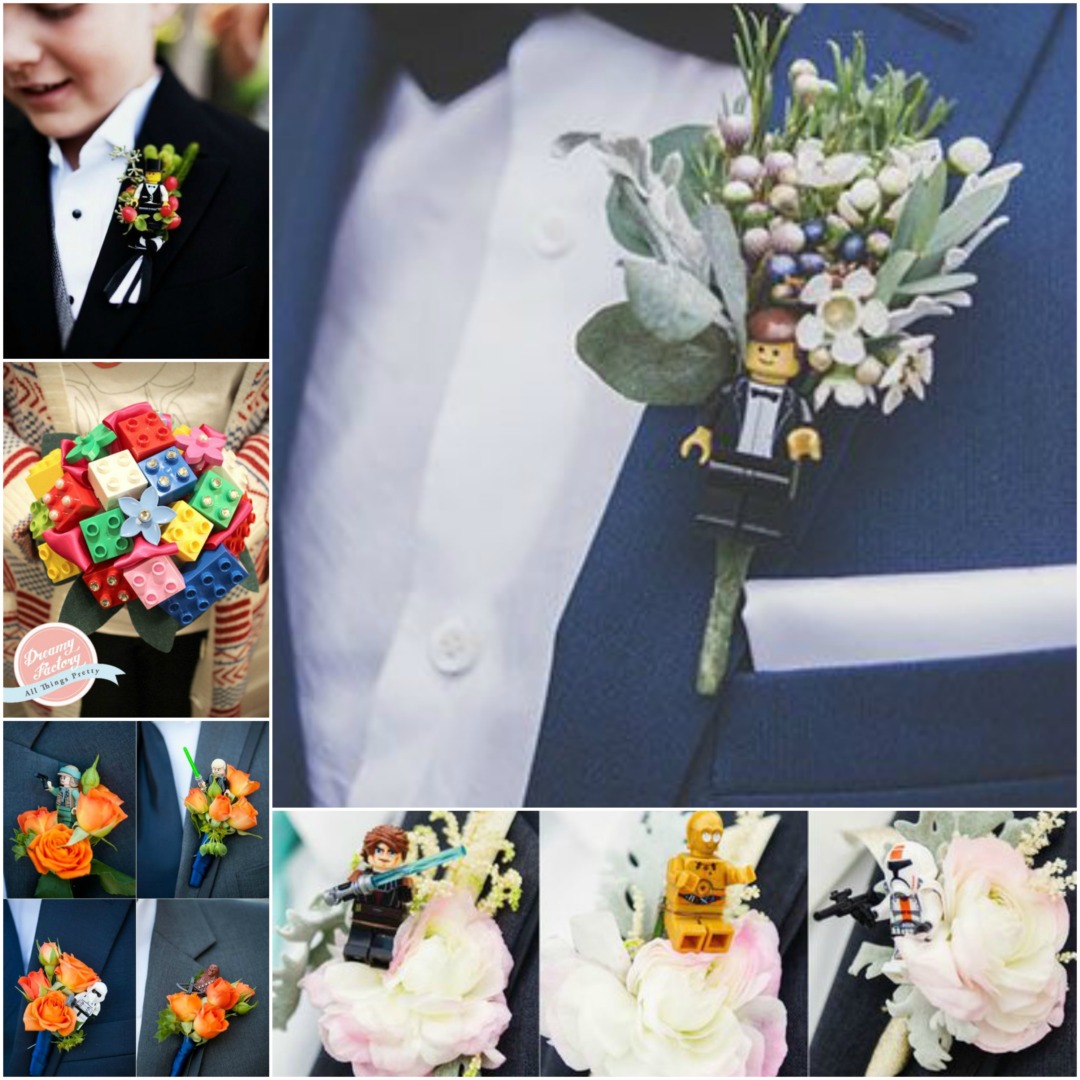 Lego additions can look incredible on your tables. The bright colours will really impress. An obvious choice is to make your table numbers entirely out of Lego. And if you’re a DIY lover then this will be a great project for you both. Plus you can keep the number after and perhaps frame them.  For your guests, why not make Lego boxes filled with chocolates as favours. Go the extra mile and create personalised Lego characters for each guest as their place name/escort card? They will also double up as a favour which they can bring home and keep. 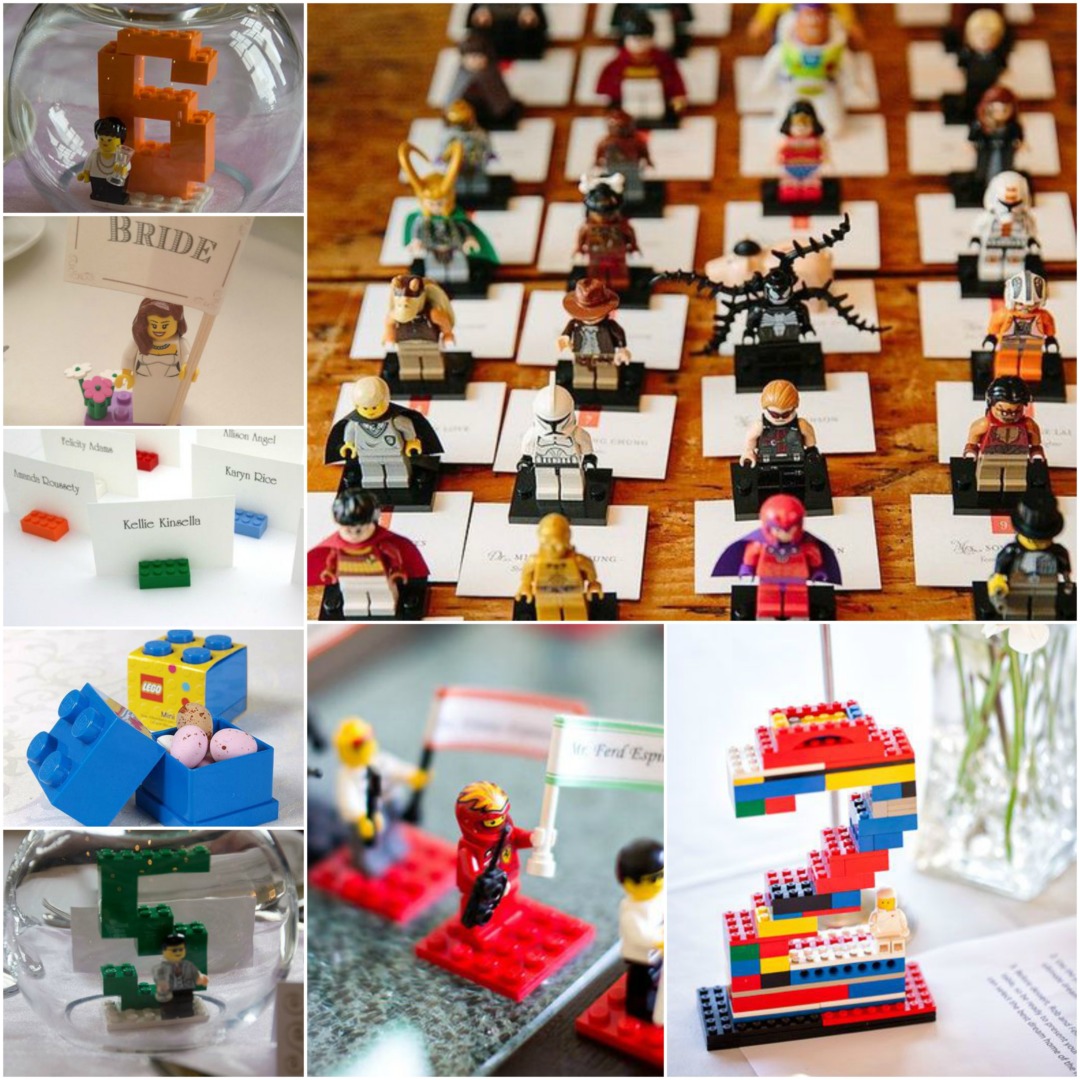 If you’re not keen on too much standalone Lego décor, but still want some element of the technicolour bricks in your day, then why not concentrate on your cake. Chat with your cake maker about your ideas. Think about having something with the icing pulled back to reveal a Lego coloured centre for example. Or why not have square Lego shaped cupcakes?  Lego cake toppers are such fun and you can create something totally bespoke that you can then keep after the ceremony. 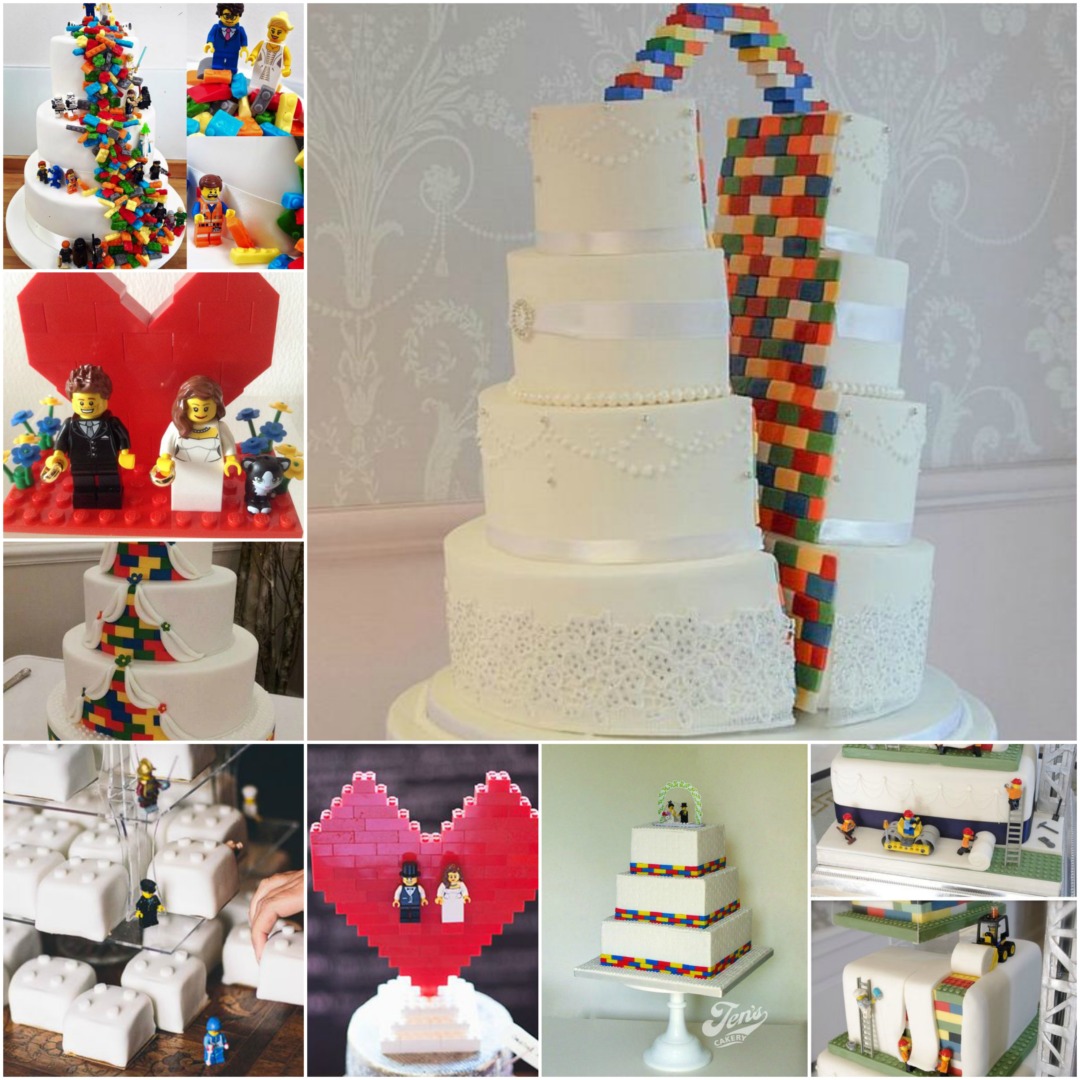 Remember Lego is all about having fun, so try and think a little differently when it comes to some finishing touches around the venue. What about a box for your wedding cards made out of Lego? Have some Lego pieces in a bowl and let the guests make their own centrepieces or leave them in the lounge area for amusement. Why not make signage out of Lego too? Again, while these pieces might require some extra efforts, they will also end up being fantastic keepsakes. 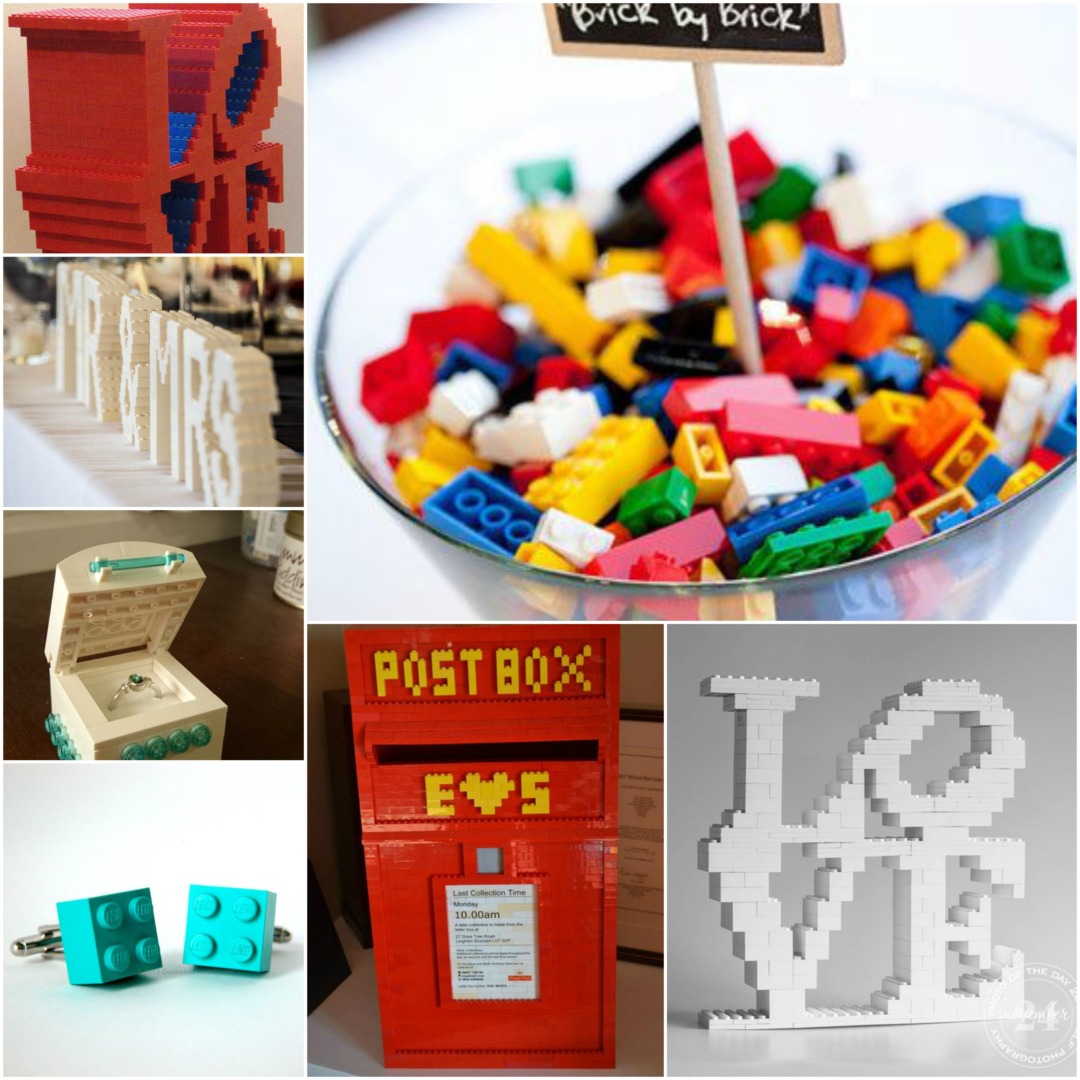